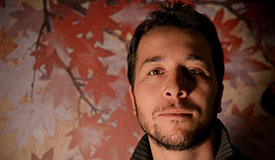 Alessandro Giannandrea, M.Sc., is a clinical psychologist and psychotherapist with a specialization in “Analytic Psychotherapy and Existential Anthropology”. He is currently completing a PhD in Cognitive Sciences at the Sapienza University of Rome, with a focus on mindfulness and mind wandering. His research interests include the relationships between psychotherapy, mindfulness, Buddhism and philosophy of mind. Mr. Giannandrea is a Mindfulness Meditation Instructor trained in both Italy and the United States, and a practitioner of Vipassana meditation and Dhamma. He has funded the center “Abruzzo Mindfulness” for the promotion of mindfulness practice and study in his region. He is also a graduate of the Social Dreaming Institute (London), and collaborates with the San Diego Center for Mindfulness. Mr. Giannandrea has contributed to the organization of several national and international events on mindfulness, and contributes to teaching in Mindfulness Professional Training and master courses. Alongside his clinical practice, he brings mindfulness training in several school, prison and hospital contexts in Central Italy. In particular, he has attempted mindfulness training and related research with ADHD children. 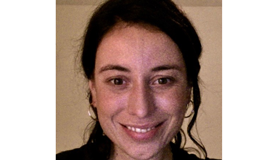 Mirjam Hartkamp (1980) graduated in Art -Therapies, and Cognitive science, with a certificate in psychotherapy. She also studied western and Buddhist philosophy. Having worked in Spain, Argentina, The Netherlands and Malta, she currently lives in Rome for doctorate research on meditation, cognitive performance and well-being at Sapienza University of Rome. As a therapist she works from a Buddhist perspective. Mirjam started practicing Vipassana intensively in 2009, with teachers from East and West and started teaching in 2013 with the endorsement of the Dutch Insight Meditation foundation (SIM) and in close collaboration with established Vipassana teachers. In her teachings she emphasizes the cultivation of radical self acceptance and love; applying metta [loving kindness] to self and others is crucial for transformation and insight. She dedicates her life to the Dhamma; on a personal (practice), interpersonal (teaching and psychological consults) and impersonal level (research), wishing to deepen liberating knowledge and cultivate compassionate happiness. She (co-) conducts yearly several intensive retreats. Mirjam is also a board member of the Dutch Insight Meditation Foundation (SIM). 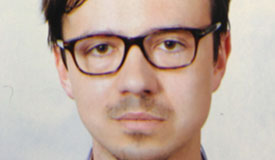 Domenico Scaringi, M.Sc., is a clinical psychologist, having adolescence as a special area of interest for his clinical work. He is currently completing a PhD in Cognitive Sciences at Sapienza University of Rome. His research interests include mindfulness, motivation, decision, and interpersonal understanding. Mr. Scaringi received an MSc in Developmental Psychopathology and Neuroscience from University College London, and conducted research as postgraduate fellow at Yale University. He also worked and conducted research for three years at the Centre for Psychiatry of Queen Mary University of London, where he was involved in treatment development and evaluation. He is a Mindfulness Professional teacher, and personally practices Yoga and Vipassana meditation. He strongly believes that the dialogue among clinicians, scientists and contemplatives can make a positive difference in the promotion of health and wellbeing. 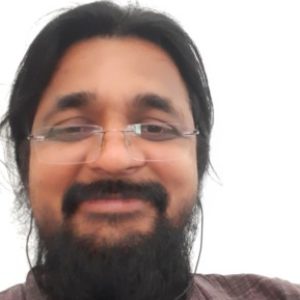 Abhishek Tripathi graduated in Buddhist Studies, Philosophy, and Comparative Religions from Nalanda University focus on Yoga Philosophy, Philosophy of mind, and consciousness studies. He is currently a Ph.D. student in Cognitive Psychology and Science at Sapienza University, focusing on meditation, contemplative science, and consciousness research. His current research includes Mindfulness, experimental, and subjective Phenomenological experience amongst Vipassana and Hathayoga meditation practitioners using first-person reports. He explores the body and mind intersection and its references in Sanskrit and Buddhist texts. He recently co-authored a paper on “Literary Projection of Nature and Environment in Abhijñāna-Śākuntalam: Reflection of Faith-Based Care for the Environment.” Abhishek has lived and worked in India and Bangladesh, France and Spain in Europe; he has an undergraduate education in Engineering and Masters in Leadership and Knowledge Management from ESCPAU, France. He contributed through his professional, academic, and voluntary services over a decade centered on education, empowerment, and overall well-being of others and strives for inculcating compassionate-self.

We and selected partners use cookies or similar technologies as specified in the cookie policy. You can consent to the use of such technologies by closing this notice or by continuing to browse otherwise. More information